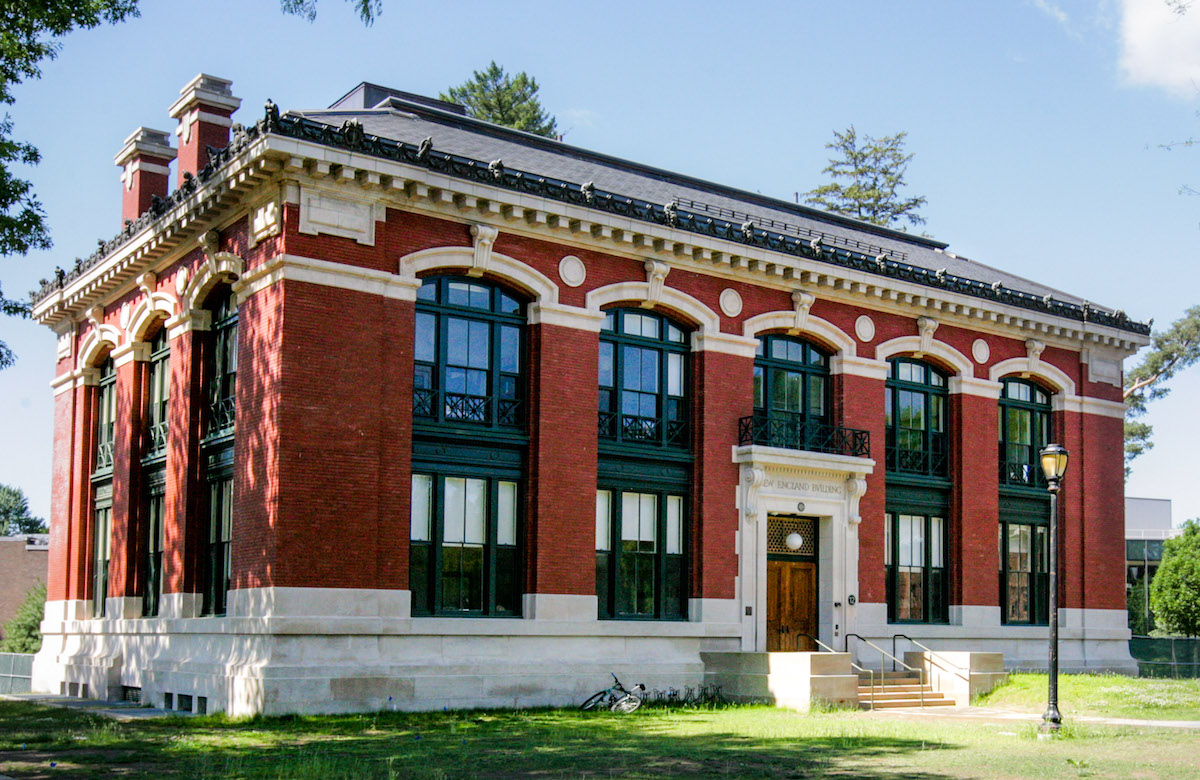 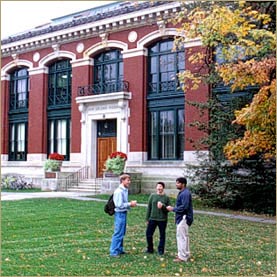 “I have given much time and careful thought to the needs of the department,” Professor of Biology Elizabeth E. Bickford wrote in her annual departmental report to President Taylor in 1899, “and have steadily tried to raise its standard of work in order to give my students high ideals of life and its aims, by bringing them face to face with the true, but oft times ‘silent forces of Nature.’” However, as Bickford had noted in her annual reports throughout the 1890s, those goals required the construction of new, fully furnished laboratory space for the natural sciences. Two years earlier, Bickford told Taylor plainly, “The needs of the biological department—which can only be met when a new building is ready for it—remain as pressing as ever.” The time had come for Vassar to have dedicated, modern laboratory space for the natural sciences, a much-needed complement to the Vassar Brothers Laboratory, home to the physical sciences since 1879.

In 1899, the New England alumnae gave an initial $25,000 for the new building, under the condition that another $25,000 be raised to match it, and in early January 1900, President Taylor addressed the expansion of campus facilities at the meeting of the Boston Vassar Alumnae Association. “Much interest was taken,“ The Vassar Miscellany reported, “in the proposed biology laboratory and several members pledged themselves to give $100 apiece.” By the following June, the Miscellany reported, the New England alumnae had raised the additional funds, and “this greatly needed building will be at once added to our equipment.”

At an Executive Committee meeting on August 24, 1900, Edward J. York of the New York City firm York and Sawyer, architects of the recently-completed Rockefeller Hall (1898) and Swift Infirmary (1900), presented the plans for the new building, estimating that it could be constructed for $50,500. Following the eclectic English style of Rockefeller Hall and the New England Revival infirmary, the proposed new building was in the Beaux-Arts style.

Architectural historians Karen Van Lengen ‘73 and Lisa Reilly ‘78, point to the building’s arched windows, ironwork, and neo-classical decoration as key elements of the style. Set against the Second Empire style of Main Building, the firm’s work, Van Lengen and Reilly write, exemplifies the architectural diversity of construction during Taylor’s presidency.

New England Building, as the new laboratory was called, was to house the natural sciences, with lecture and laboratory space for biology, physiology, mineralogy and geology. A fragment of Plymouth rock, dislodged accidentally 40 years earlier and given to the project by Florence Cushing ’74, one of the three first alumnae trustees of the college, was to be installed above the door to the new building, symbolizing the New England club’s efforts.

Completed in December of 1901, the building opened on January 8, 1902, with a celebratory reception. The two-story building, constructed with Bedford stone, brick and terracotta, contained a museum of geological and biological specimens, numerous classroom laboratories, and a large lecture hall. The plan for New England paid particular attention to ventilation and lighting, providing large windows and illumination by gas lamps on individual laboratory work desks.

Although electricity would not come to the campus until 1911, both New England and the Sanders Chemistry Building were built with both gas and electric capability. Electrifying the building would eventually make it possible for students to do microscope work in the labs outside of daylight hours. The college installed three dormer windows to the roof in 1919, further augmenting interior light.

By the 1930s, the needs of the departments offering courses in New England— zoology, botany, geology, and psychology—were straining its capacities. A three-story addition, proposed in 1934 by Boston architects Allen and Collens—doubling the size of the building and bridging the old and new halves with a new, large museum—was never constructed, and the Geology department moved into Ely Hall as the decade drew to a close, temporarily ameliorating the overcrowding issue.

Eventually, New England became completely inadequate for either the space needs or the modern equipment of the Biology department. Olmsted Hall of Biological Sciences opened in 1973, addressed these shortcomings, and New England’s days as a natural science laboratory ended. Subsequently converted into a general classroom building, housing the college’s multi-disciplinary programs in American Culture, Women’s Studies, Africana Studies, and Environmental Studies, the venerable building returns in part to its scientific origins when, as an element in the integrated science center, for which construction starts in 2013, its renovation will make it home to the psychology department.