Home / Board of Trustees /

Augustus L. Allen, a Poughkeepsie resident, served on the Board of Trustees until 1902. Martin Anderson, an editor and college professor, was born in 1815. Having studied at both Newton Theological Seminary and Waterville College (later Colby College), Anderson became a classics instructor in 1841. He served for two years as the editor of the […] 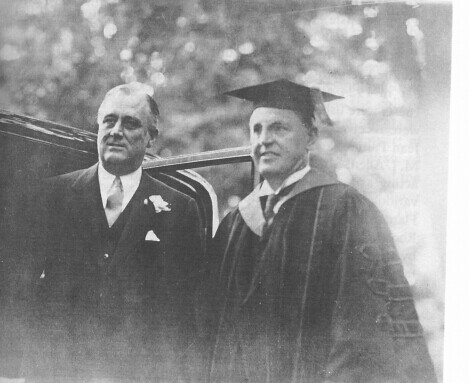 An association between the Roosevelts and the college that lasted until the death of Eleanor Roosevelt in November 1962. 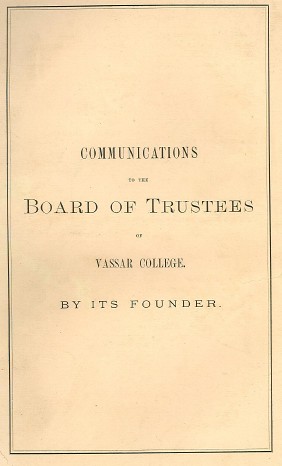 Matthew Vassar died while reading his farewell address to the Board of Trustees on June 23, 1868. After a respectful interval, the Board reconvened to hear the conclusion of his remarks. It had been Vassar’s practice to address the Board formally at their meetings, and when the adjourned meeting resumed, the decision was taken to publish these communications.