S. Riane Harper ’09 interviewed Professor Emeritus of Mathematics Winifred Asprey on July 30, 2007 SRH: Ms. Asprey, thank you for agreeing to speak with me about your work and your career in teaching.  I know that you were raised in Iowa and that you graduated from Vassar in 1938.  Tell me a little about […]

In retirement in San Jose, California, in 1895 Dr. Alida Cornelia Avery, one of Vassar’s first two women to serve on the faculty, recalled the college’s opening days in the Los Angeles Herald. VASSAR THIRTY YEARS AGO (By Vassar’s First Resident Physician) It seems a far cry from the Vassar field day on November 9, […]

MacCracken’s “Dream Child”: Sarah Lawrence College THE YEAR IN WHICH President MacCracken founded the Vassar Summer Institute of Euthenics, 1926, was the same one in which he led a group of persons in the application for a temporary charter for a junior college in Bronxville, New York, to be called Sarah Lawrence College. The two […]

In 1995, Elizabeth Daniels asked me if I would be “willing” to engage in a series of video recordings in which she would tell me “all I’ve learned about Vassar.” I was both willing and honored to be asked, and we started that fall a series of taped interviews, patiently recorded by John McCormick, ranging […]

Carl N. Degler, the emeritus Margaret Byrne professor of American history at Stanford University, taught in Vassar’s history department from 1952 until 1968. His essay, “Vassar College,” appeared in American Places: Encounters with History, edited by William E. Leuchtenburg. Its inclusion in the Vassar Encyclopedia is courtesy of Professor Degler and by permission of Oxford […]

THE STORY OF THE IMPACT of a group of Vassar women trustees and professional social scientists on the vulnerable, receptive, and eager Henry Noble MacCracken between 1915 and 1925, in his early stage of formulating and executing his forward-looking academic policies, revolves around a floating, much misunderstood, and (to some on the faculty at the […]

Introduction Elizabeth Moffat Drouilhet was a member of the Vassar Class of 1930. She served as Acting Warden of the College from 1940–1941 and was appointed Warden in 1941. She retired from the post in 1976. She returned briefly to assist Acting Dean of the Faculty Elizabeth Daniels during a crisis in the late 1970s. […]

The Fifty Years of Vassar I Have Seen: Remarks made at Senior Convocation, April 28, I976 Mr. President, Members of the Faculty, the Senior Class, and all of you with whom I have worked so closely these many years. Rarely have you had so reluctant a speaker. Having carefully avoided making a speech for the […]

THE FOUNDERS OF VASSAR. Mary W. Whitney, ’68. ADDRESS DELIVERED AT VASSAR COLLEGE ON FOUNDER’S DAY, APRIL 26, 1895. A few of us present this afternoon, a very few, were at Vassar in the days when Matthew Arnold, standing where I stand, gave us his lecture upon Emerson. In his peculiar but characteristic manner he […]

President Henry Noble MacCracken had come to know one of his students, the poet Edna St. Viincent Millay, as both an outstanding campus personality and a frequent campus rogue. A member of the Class of 1917, ”Vincent” became both a friend and a nuisance to the new president, who had taken office in the fall of 1915. Millay […]

THE YEAR IN WHICH President MacCracken founded the Vassar Summer Institute of Euthenics, 1926, was the same one in which he led a group of persons in the application for a temporary charter for a junior college in Bronxville, New York, to be called Sarah Lawrence College. The two events were closely connected, and both […]

The daughter of Henry Noble MacCracken, Vassar‘s president from 1915 to 1946, Maisry MacCracken graduated with the Vassar Class of 1931. This interview by Maya Peraza-Baker ’08 was conducted on September 11th, 2006. MPB: One of the most interesting things, to me, is that you grew up at Vassar didn’t you? MM: I did. MPB: […]

Mary McCarthy (1912–1989), one of America’s most distinguished novelists, essayists, and critics, graduated from Vassar College in 1933. During the turbulence of the mid-sixties, McCarthy wrote a novel, The Group, in which she imaginatively and trenchantly reinterpreted the Vassar she had known and the post-college lives of “fictional” members of a Vassar “group.” (The undergraduate […]

The Archives & Special Collections Library is part of the Vassar College Libraries system. It holds the rare book, manuscript, and archival collections of the college. It collects, preserves, and makes available rare and unique collections, and also engages in teaching and outreach activities. Beginnings A tradition of exposing students to rare books and other […]

On September 24, 2004, I got a chance to sit down with Vassar College Head Gardener Martin Pinnavaia and discuss the history and current state of the Vassar College grounds with him. Marty has a degree in vertebrate zoology and worked for eight years as a special education teacher and four years as a medical […] 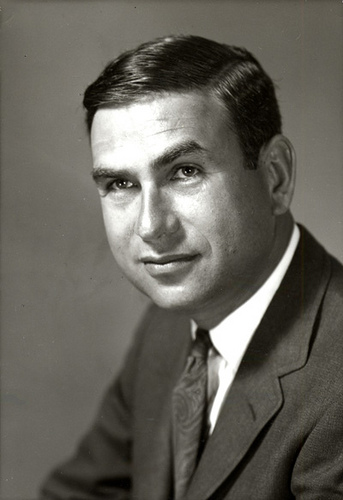 When I was preparing to come to Vassar as an instructor in English in 1965, my dissertation director mentioned a friend in the Vassar department. W. K. Rose, the editor of the letters of Wyndham Lewis, and at work on a study of, as Lewis called them, “the men of 1914”—modernist writers in London in […]

The Sophomore Trig Ceremonies represent a tradition apparently unique to Vassar. After the first semester, to celebrate their completion of the rigorous and detested Trigonometry course, a committee selected by the sophomores would write and perform an original drama to initiate the freshmen class into the study. The earliest ceremonies, begun in February or early […]

Early in 1913, when President James Monroe Taylor of Vassar College gave notice to the Board of Trustees that he intended to retire within the year, rumor held that “friction, suffrage, and socialism,” as he put it in a letter to Smith President Marion LeRoy Burton, had influenced his decision. This he denied, though the […]

There was family lore that we were distantly related to Matthew Vassar, who had immigrated with his family from Norfolk to Poughkeepsie, New York as a young child and went on to found Vassar College. So after Dunkirk, my mother telegraphed Vassar College asking if anyone would give sanctuary to one British evacuee named Christine […]

Hailed as Vassar’s “second Founder” at the time of his retirement in 1914, after nearly 30 years as Vassar’s president, James Monroe Taylor returned to the campus the following year to help celebrate the 50th anniversary of the college’s opening.  The event, on October 10-13, 1915, combined the semi-centennial observance with the inauguration of Taylor’s […]

From October 30 to November 1, 1969,Vassar’s Main Building was taken over and occupied by thirty-four Black female students. Claudia Thomas (’71), then President of the Students’ Afro-American Society, recalls the personalities and circumstances of that critical event in a chapter of her book of memoirs, God Spare Life, published by WME Books (late summer […]

EMS: Let’s start off with some basic things: When did you first come to Vassar? What was your position when you first arrived? And why did you decide to come to Vassar? RT: I came in 1944 as Fitness Instructor in Physical Education, and I think I was a little old for that at that […]

This poem, written by an anonymous author and found in the Vassar College Archives, commemorates the faculty response to the threat of outside intervention in the Black Students’ Association’s take-over of Main Building in 1969. ‘Twas the night of the sit-in and all through the house, All the creatures were stirring except for the mouse. […]

Shortly after Vassar Female College was founded by Matthew Vassar and was incorporated on January 18, 1861, Mrs. Sarah Josepha Hale, “editress” of Godey’s Lady’s Book, put her considerable weight in public opinion behind the college. She was the moving spirit of the most popular American women’s journal of the mid-nineteenth century and was thus […]

“Undergraduate Life at Vassar College,” by Margaret Pollock Sherwood ’86, a professor at Wellesley College, appeared, with illustrations by Orson Lowell, in Scribner’s Magazine in 1898. The problem, What is to be done with the college woman? has of late been troubling critics and reviewers. Much discussion of the question has perhaps given the public […]