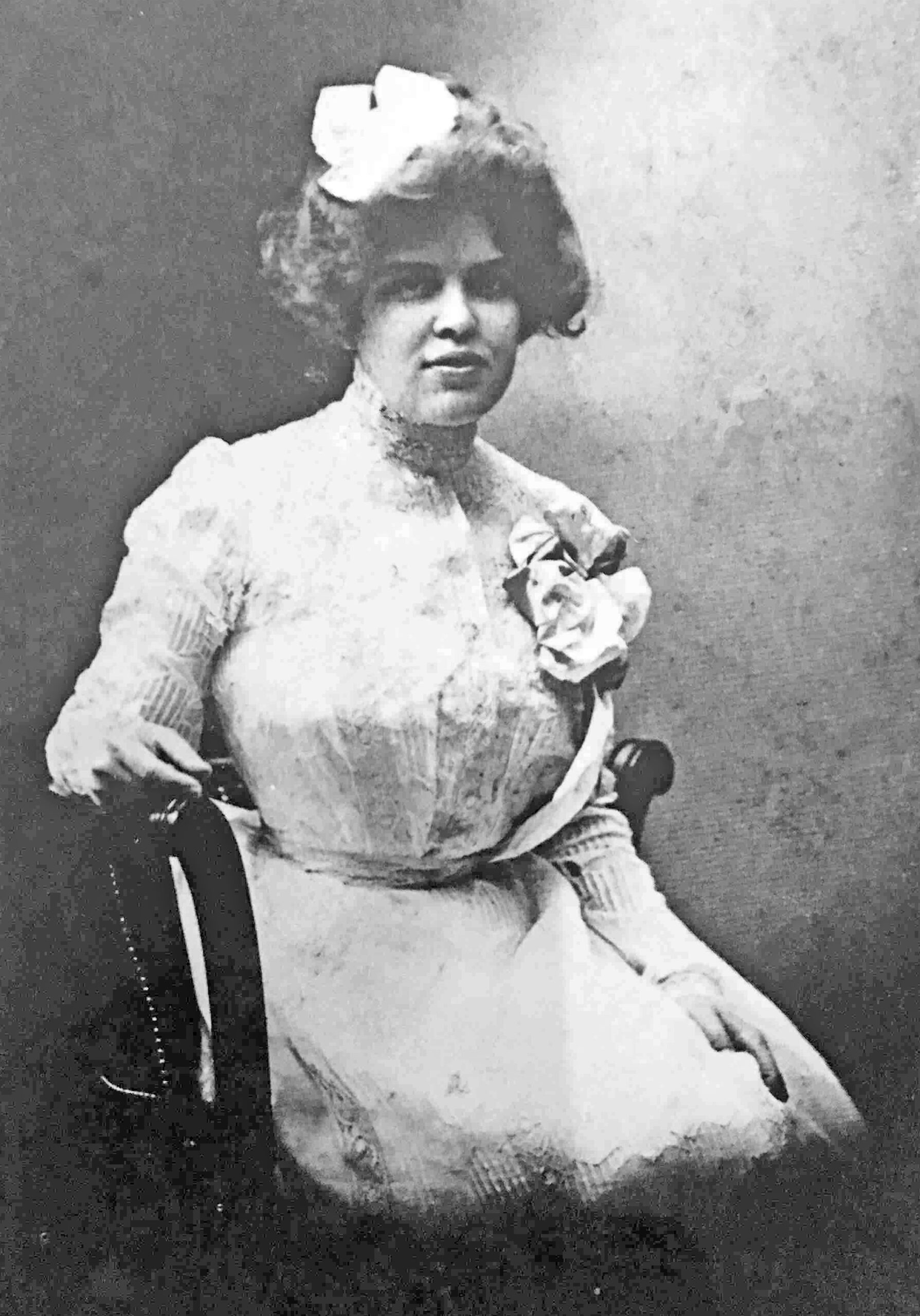 In a Poetry magazine review of her only published collection, an editor wrote that it was “hard to separate Adelaide Crapsey’s poems from the circumstances of her death, as recorded in the brief preface by a friend.” In poetry, perhaps more than any other genre, it is always tempting to merge the personal and the persona. This is particularly true in the case of Adelaide Crapsey, given that her work was published posthumously—thanks in large part to the diligence of her devoted colleagues, family, and friends. The irony is clear: that a woman who wrote in order to defy her fate (an early death brought about by a terminal disease) was, in the end, defined by it. The irony is even richer given that this particular poet, whose main concern throughout her career was the science and technique of poetics, has come to be viewed through the sentimental lens of her own personal tragedy. Too often, Crapsey’s work has been cast in a narrative defined by her death—it’s time for a retelling that focuses instead on the 36 years of her life.

Adelaide Crapsey was born in 1878 in Brooklyn, New York; a year later the family moved to Rochester. Crapsey was close to her father, Reverend Algernon Sidney Crapsey, who was expelled from the Episcopal Church after a famous heresy trial in 1906. Dr. Crapsey was banished for forming a non-denominational community center near his church, a “Brotherhood” inspired by Newman, Darwin, Karl Marx, and Social Christianity. No doubt Dr. Crapsey’s progressivism and humanity influenced Adelaide’s “keen and shining blade of spirit.” In 1893, Crapsey and her sister Emily entered Kemper Hall, an Episcopalian college preparatory school in Kenosha, Wisconsin, where she edited the school magazine, played basketball, and was the valedictorian for her class.

Entering Vassar in 1897, she had a very active four years: class poet for three years; editor-in-chief of the Vassarion; basketball team manager; member of the debating club; and election to Phi Beta Kappa. Crapsey roomed with Jean Webster—later the acclaimed author of Daddy-Long-Legs—who became her best friend and literary comrade. Webster later stated that many of her female protagonists were informed by Crapsey’s humorous and animated character.

At Vassar Crapsey was influenced by history professor Lucy Maynard Salmon and economics professor Herbert E. Mills, who referred to her as “a lovely soul, combining scholarship and aesthetic appreciation in an unusual way.” Crapsey’s senior thesis was about history, composition, and the Socialist Party. Two of Adelaide’s sisters died during Crapsey’s time at Vassar. Ruth, her younger sister, died in 1898 of undulant fever at the age of eleven. Emily died abruptly in 1901 of appendicitis at the age of twenty-four. The loss of her older sister and closest confidant sent Crapsey, briefly, into a state of shock. In one of her undergraduate poems, “Loneliness,” she casts her persona on a misty beach and intones: “If God there be, his voice from me/Is kept by the moan of the tide.” Though she would not learn of her own terminal illness for nearly a decade, Crapsey’s life had already been touched by tragedy—the themes of mortality and futility that came to characterize her work were rooted more in this early experience of grief than any preternatural inkling of her own fate.

After graduating from Vassar in 1901, Crapsey returned to Wisconsin to teach literature and history at Kemper Hall. In 1903, she felt the first symptoms of tuberculosis, the disease which would prematurely claim her life.

Suffering from chronic fatigue, Crapsey left her teaching post in 1904 and went abroad to Rome. There, she enrolled as a student at the American Academy’s School of Classical Studies, supporting herself by working intermittently as a lecturer. During this time her work turned to themes and characters from Greek and Roman classics. In one quatrain, she casts her persona as a goddess as she quips about another woman: “What matter if her eyes are blue/whose rival is Persephone?” From 1906 to 1908 Crapsey taught literature and history at a preparatory school in Stamford, Connecticut. Again, her ailing health forced her to give up teaching and seek recuperation in Europe. For the next three years, she lived in Rome, London, and Paris. Despite the hindrance of her inconstant health, Crapsey’s detailed accounts in her letters reassured her family that she was enjoying life abroad—traveling often, shopping, eating well, learning, falling in love and enjoying vibrant conversation along the way.

During her time abroad, Crapsey undertook the intensive analysis of meter and rhythm in English poems that was published posthumously as A Study in English Metrics in 1918. Though the final product was less than one hundred pages long, the Study synthesized years of meticulous, quantitative research. Crapsey tabulated statistical analysis of the works of Tennyson, Swinburne, Francis Thompson, Maurice Hewlett, and others, including traditional nursery rhymes. Her aim was to classify these works by comparing the percentage of one- or two-syllable words with the percentage of polysyllabic words in order to determine their relative complexity. She hoped to develop a theory on the relation between natural accent and poetic accent in English verse—in other words, the variation between the standard pronunciation of individual words and the poetic ‘weight’ that alters stress patterns when they are combined in verse. Throughout her career, and in this work in particular, Crapsey was concerned with the science of poetics more than the sentiment. Crapsey thought of this research as her “only serious work,” stated Susan Sutton Smith in the Dictionary of Literary Biography, and regarded some of her verses “mere by-products” of her metrical studies.

Crapsey returned to America in 1911 and taught poetics at Smith College. A doctor’s visit that year revealed that she suffered from tuberculosis of the brain lining. Concealing this diagnosis from her family, Crapsey continued to teach at Smith until 1913, when her frail condition finally forced her to resign. She entered a sanatorium at Saranac Lake, New York, and it was here that she composed her best verses. Crapsey invented a new poetic form, the cinquain. Like the Japanese haiku and tanka forms that inspired it, the cinqain has often been misinterpreted as a syllabic form—in which each line must contain a certain number of syllables. True to her earlier metrical theory, however, the cinqain is not defined by naturally accented syllables, but by poetic stresses. The true form of a Crapseian cinqain is therefore a 5-line poem with 1, 2, 3, 4, and 1, stress-lines, respectively. The concentrated nature of the form results in stanzas that are sparse and delicate; they focus on a single image, relaying the realization of a simple truth. Armed with her invented form—which was short enough for Crapsey to write without significant fatigue, which was quickly becoming a constraint in all her other writing—she composed a torrent of poems from her sickbed. Many of them reflect on the nature of life and death, on mortality and futility, but they also display defiance and a sardonic sense of humor. In one, “Lines Addressed To My Left Lung Inconveniently Enamoured of Plant Life,” she writes: “It was my lung, most strange of you,/A freak I cannot pardon,/Thus to transform yourself into/A vegetable-garden.”

In October of 1914, at the age of 36, Crapsey died at her family home in Rochester. A year following her death, her own selection of poems, Verses, was published. Among the verses included was one of her signature cinquain, “Fate Defied”:

As it
Were tissues of silver
I’ll wear, O Fate, thy grey,
And go mistily radiant, clad
Like the moon.

Adelaide Crapsey wrote to defy her fate—not to memorialize her tragedy, but to immortalize her life’s work. While Crapsey’s poetry is not widely read, her legacy hasn’t been forgotten; the cinquain form she invented has been adopted and adapted by various poets in the century since her death. Given the choice between personal fame or furthering the craft to which she devoted her life, it’s what she would have wanted.

Alkalay-Gut, Karen. Alone in the Dark: The Life of Adelaide Crapsey. Athens and London: The University of Georgia Press, 1988.