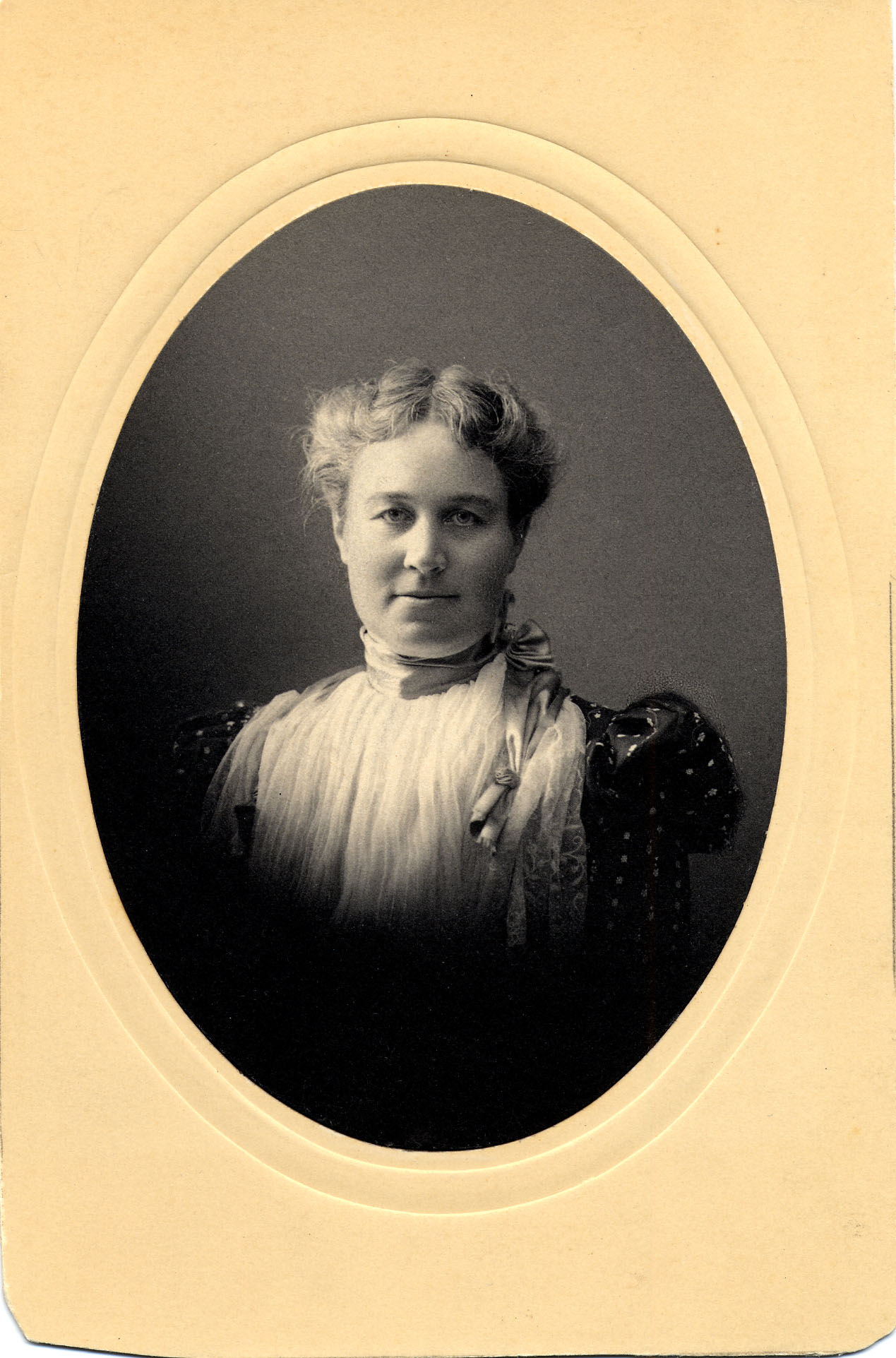 In the 1870s, there were many more opportunities for women in education than there had been a decade earlier–Vassar, Smith, and Wellesley had been all been founded by 1878, and the Harvard Annex, later to become Radcliffe College, was founded in 1879. Still, the major men’s colleges of the day entertained no thoughts of educating women. Harvard held annual entrance examinations for women in New York City, but they only told the women who took them whether they would have gotten into Harvard were they men. Abigail Leach changed all that, however, when she arrived on the doorstep of three Harvard professors—William W. Goodwin, James B. Greenough, and Francis J. Child—in 1878 and asked them to instruct her in Latin and Greek. The men were so impressed by her courage and persistence that they agreed. Soon they would be impressed by her intellect as well.

Abby Leach was born in Brockton, Massachusetts, on May 28 1855, the daughter of shoe manufacturer Marcus Leach. The year after she began her studies with the Harvard professors, the “Society for the Collegiate Instruction of Women,” informally known as the Harvard Annex and later to become Radcliffe College, was formed, with Elizabeth Cary Agassiz at the helm. Leach was fondly referred to as “the nucleus” of the women’s college, for it was she who first proved to Harvard that women could be as intellectually capable as men. Interested women could apply, and, if accepted, were taught by Harvard professors who repeated their lessons in classes separate from the men’s. Unfortunately, the Annex was not authorized to confer degrees at that time, so graduates instead had to make do with a certificate.

Leach finished her studies at the Annex in 1882. She taught at the Boston Girl’s Latin School from 1880–1883, where she met Florence Cushing (Vassar ’74), who had been instrumental in the founding of the Girl’s Latin School. It was perhaps Cushing who persuaded Leach to leave her post at the school and come to Vassar, where she was appointed instructor in Latin and Greek. Though she was not actually enrolled and never took a course at Vassar, she received an A.B. and A.M. in 1885 on the basis of her Annex certificate and Vassar examinations.

In 1889, at Leach’s urging, the Department of Greek split off from the Department of Ancient Languages. Leach was appointed its head, a position she would hold for the rest of her life. She produced several Greek plays at Vassar, mostly in the original Greek. The first and most famous was the 1893 production of Sophocles’s “Antigone,” performed by an all-female cast of Greek students at the Collingwood Opera House (later the Bardavon) on May 26. The performance was a great success, even among those who spoke no Greek, and Classics and Drama professors came from all over the United States to be in the audience. Later, in 1902, she helped to produce Aristophanes’s “The Birds,” and in 1910 Euripides’s “Iphegenia in Tauris,” both in the original Greek.

Leach was instrumental in the field of Classics not only at Vassar, but also in the academic world at large: she was the only woman on the elite “Committee of Twelve” of the American Philological Association, which researched the instruction of Greek and Latin in secondary schools; she was President of the American Philological Association from 1898-1900; she was a member of the Council to Accredit Women for Advanced Work in Foreign Universities, the Classics Association of Great Britain, the Classics Association of the Middle States and Maryland, the Archeological Institute of America, the Women’s University Club of New York, and helped to found and served on the Managing Committee of the American School at Athens from 1888–1918.

Abigail Leach died of cancer on December 29, 1918. Continuing to fight for the cause of women’s education and teaching at Vassar until the very end, she more than proved herself the intellectual equal of the brightest male scholars of that age.

American Philological Association, Report on the Teaching of Latin and Greek in Secondary Schools (pamphlet)